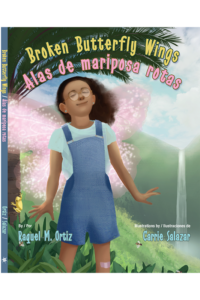 Broken Butterfly Wing is inspired by trips I’ve taken with my daughter and son to the tropical rainforest El Yunque in northeastern Puerto Rico. Because of Hurricane María, El Yunque was closed for some time to recover from massive damage caused by the hurricane. To find out about hurricane recovery efforts please go to: 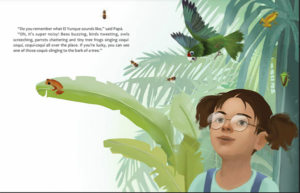 El Yunque National Forest, formerly known as the Caribbean National Forest, is a tropical rainforest. El Yunque is located in northeastern Puerto Rico in the Sierra de Luquillo. It receives more than 200 inches of rain per year and covers 28,000 acres of land. This national park is what remains of the original tropical forest that covered almost all of the island of Puerto Rico when the Spanish arrived more than 500 years ago.

It’s believed that the name El Yunque comes from the Taíno word yunqué, which means “white lands.” For the Taínos, the indigenous people of Puerto Rico, the mountain Yunqué was sacred, the place where their gods lived. To this day on La Roca (The Rock), on the south side of the rainforest, you can see Taíno petroglyphs.

The rainforest has the famous waterfalls La Coca Falls, La Mina Falls and Juan Diego Falls. It is also home to hundreds of animal and plant species, some of which can only be found in El Yunque. There are many different types of birds, bats, lizards and coquís or tree frogs living in El Yunque. And, while it’s rare to find snakes, the Puerto Rican Boa lives here. El Yunque is also home to the nearly extinct Puerto Rican Parrot that is the only remaining native parrot in Puerto Rico.

OTHER BOOKS RELATED TO HURRICANE MARIA: 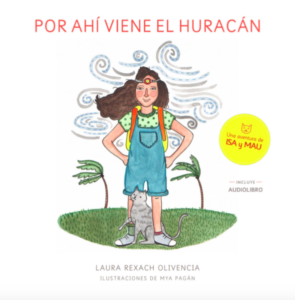 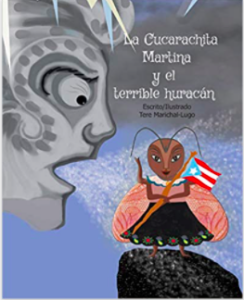 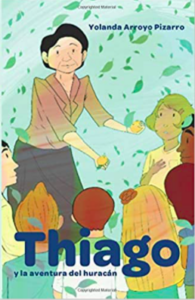 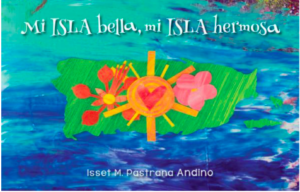 WHAT an honor: Dr. Betty A. Rosa Commissioner of

‪Join me TODAY at 2:30pm as I talk about SOFI'S

Vicki & a Summer of Change is HERE!!! @centropr @l

Today at 1pm! Enjoy a celebration of Puerto Rican